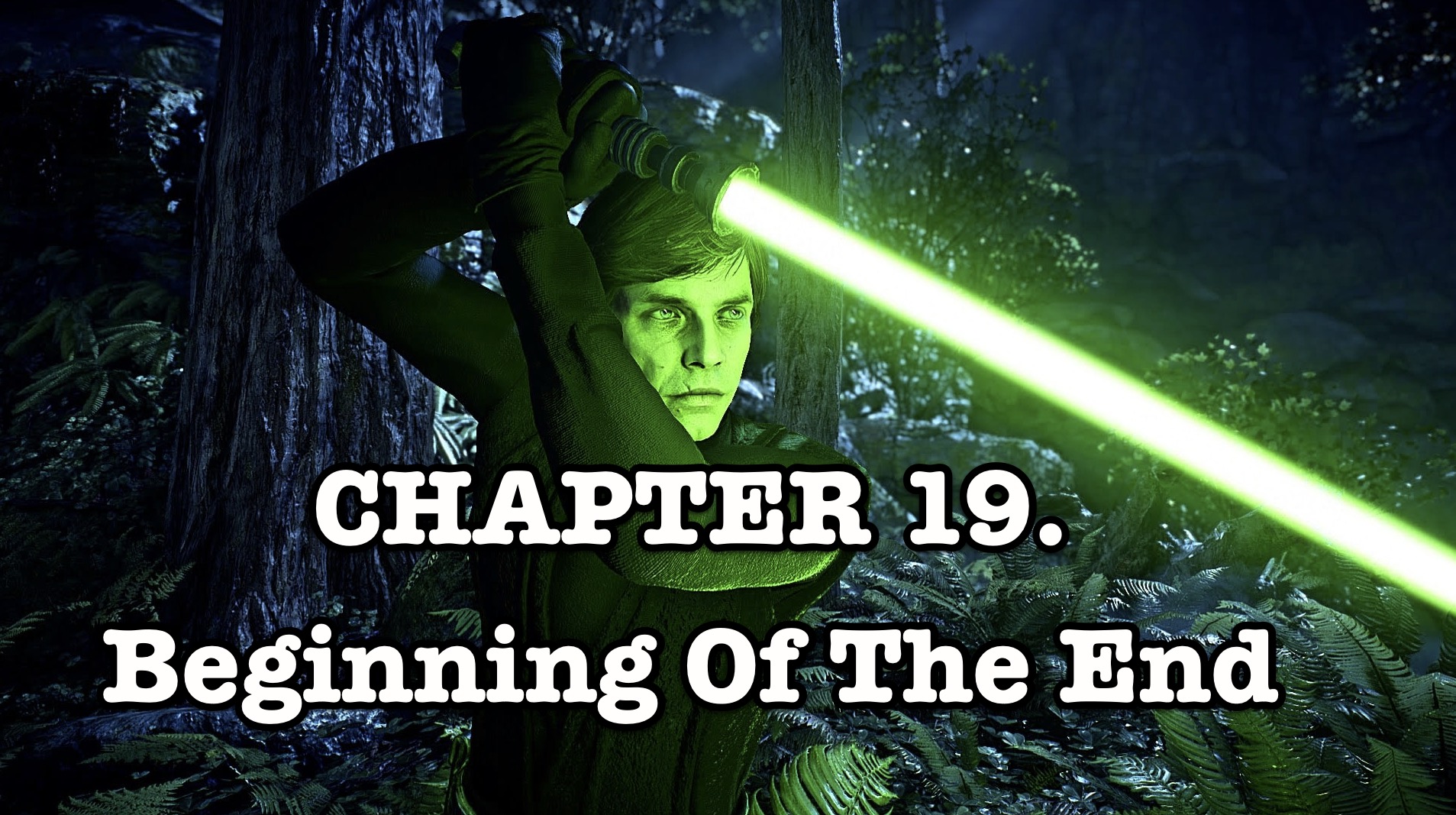 -Beginning Of The End-

“Approximately one year after the Battle Of Hoth, my unit was rotated to the Forest Moon Of Endor. The Empire had been making decent headway towards the completion of the Death Star II. We were dispatched with lord Vader to Refueling Station 9 located deep in the Forest of the moon. At the bottom of a cliff, planted in the center of towering trees.

We were ordered to be on alert for the Jedi Luke Skywalker- and to take him in alive if possible. Not sure why the emperor wanted one of the most dangerous insurrectionist alive but it wasn’t my business to wonder. When we arrived, my unit comprised of five of my brothers- started our patrol around the stations perimeter. I noted how the moonlight reflected off our armor, looking up to the tree tops to see moonlight beams shining through the brush.There were rumors that the terrorist were going to attempt an assault on the Endor system, making us on edge and ready for whatever they could throw at us.

To our surprise, the Skywalker showed up and turned himself in directly to Vader, which loaded a shuttle that took off heading for the Death Star II. But that’s not when the real fight started.

After an hour from the shuttle taking off, a hurricane of blaster-fire rained down upon the facility. It was a trap, upon radioing into the Refueling center about the oncoming attack, I activated my personal defense shield. My squad did with me, as we pushed forward I noticed the insurrectionists’ interest in the AT-AT at the docking bay. I informed my squad mates, all being clones I had served with for over 20 years- they didn’t even need me to speak to acknowledge the next step.

We turned our heavy blasters to the rebels that were attempting to hijack the AT-AT, and open fired. Decimating the small team that tried to take the walker. I looked around to see that our forces seemed to be winning the day- successfully pushing the terrorist back towards the cliff with no where to run. That is, until I heard a lightsaber ignite. Looking at the top of the cliff, I spotted what seemed to be…. a clone. Or a man in clone armor, at-least. Their lightsaber was blue. This triggered a wave of emotions for me, seeing the armor I once war- and the lightsaber the same color of my late Jedi general….

I wish I wouldn’t have thought anything and just shot him. If I would have, then maybe a portion of my brothers would still be alive….

The ‘clone’ then jumped from the cliff on-top of the AT-AT, landing on its head. Using his lightsaber, he was able to cut a whole in the top of it. I yelled at my men to open fire and to kill that Jedi. It was too late, he lifted the pilots from their seats and used them as shields from our blaster fire, and then entered the cockpit of the Walker.

It was at this point, I had received a transmission from the Purge Trooper captain I had assisted on Tython. He informed me the battle was lost on the Forest Moon, and to make my way with as many men as I could to the Death Star to prepare for a retaliation strike on the rebel fleet.

I gave out a legion wide transmission, stating for any living soldier to get into a fighter, shuttle, or pod and to make their way towards the Death Star. My unit regrouped with four more squads, and we loaded into an Imperial shuttle to be transported to the Death Star.

We weren’t going to let these rebels embarrass us again.”