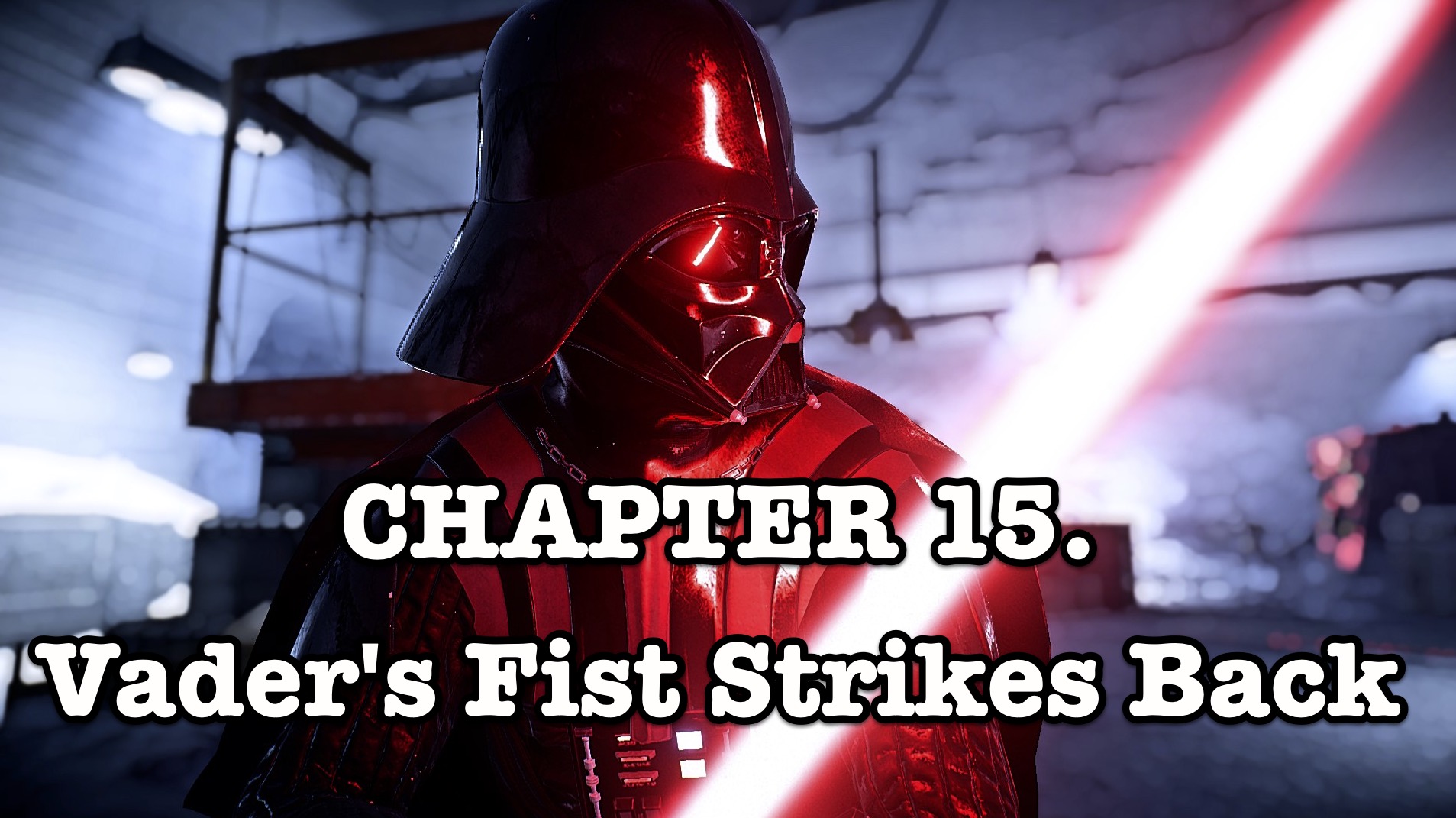 “Three years. Its been three years since that day. The day I looked up in the sky to witness the Empire’s greatness- a symbol of law and order, gone by some rabble of a ‘Rebellion’…. I had served with some of the men aboard that station for more than twenty years. And some angry terrorist decided to wipe out something the Empire had sacrificed EVERYTHING for to ensure something like the Clone Wars would never happen again. I could list out several planets that should have been hit from orbit rather than sacrificing Clone lives to take the planet, one of them being Geonosis……

But now wasn’t the time to dwell on that. We had spent months preparing this raid. The rebellion were trying to hide themselves on barren planets that they believed the Empire wouldn’t check. But we didn’t leave a stone unchecked. When we were told of their location on the frozen world of Hoth- the men of Vader’s Fist were ready to bring the fist down and end this rebellion once and for all.

We were kitted with gear that was used for visiting extreme weather planets such as Hoth. As I looked up to the AT-AT, I thought of myself at a younger time escorting AT-TE’s loaded with my brothers on planets like this. But these were different times. Only a quarter of the clones stationed on the Death Star escaped. Now, over half of Vader’s Fist were new recruits. Men and women who barely knew how to hold a blaster, and couldn’t hit a bantha at point blank range. We never really got along with the non-clones. They were sloppy, easily distracted and liabilities on the battlefield. They often sat back and watch in awe as the veterans of the 501st conducted operations- we operated as one, and covered each other. That was the way we had been bred.

My nickname amongst the legion now was ‘Old Man Dex’ for some reason. Perhaps it was because I neglected to shave my beard to officer standards. Not that I cared, I had seen more war in my infancy than they had in their entire lives- and they see themselves fit to be an officer.

Speaking of Officers, we were given a new commander. A man by the name of Johnathan Piett, the son of Admiral Piett who commanded the Devastator in orbit of Hoth. One of our probes had discovered the rebel hideout on the planet, so Vader dispatched an entire army to end them.

And we almost did. After we pushed through and destroyed their shield generators with the AT-ATs, we were given orders to enter the base and kill or capture anything moving. As the snow crunched under my boots, I raised my TL-50 and fired. Steam rising from the barrel of my gun as laser bolts flew out in burst colliding with retreating rebels. What I didn’t anticipate, was Lord Vader’s deployment of Purge Troopers.
Something was very familiar with them. As soldiers ourselves, we didn’t know much about the Purge Troopers. They didn’t talk, but their armor triggered instant flashbacks to a time where we fought under the banner of the Republic instead of the Empire… but times change.

They moved with swift precision alongside Lord Vader with their electro-staffs, disabling enemy combatants then quickly subduing them for interrogations later on. The new commander stayed rather close to me during the engagement inside the rebel base- often behind me when I activated my personal defense shield and returned fire. At one point, whilst Lord Vader and his Purge troopers cut the path forward myself and Commander Piett found ourselves ambushed by what we assumed were rebel intelligence agents. They were heavily armed, I slung my TL-50 and retrieved my heavy repeating blaster and open-fired. The heat from the blaster melting the snow at my feet- I yelled back to Piett to get back to the main force as I finished up here. He agreed, and ran back to the shuttles.

After disposing of the insurgents, I returned to find Vader finishing off the last survivors. They attempted to fight back, but he was unstoppable. I witnessed him use the force to keep one individual from moving, and fought 3 others with just his lightsaber hand before killing all of them except for an officer. He attempted to use the force to restrict their breathing, eventually suffocating and killing him. We watched his limp body fall to the ground, and Vader turned around to face us.

All of us looked around at the base, at all of the dead rebels laying amidst the corridors. We looked to the prisoners we had captured, the wide-eye fear and hatred was evident when they looked upon us. We had won. We had gotten revenge- and quite possibly dealt a lethal blow to the rebellion. A mighty cheer erupted from inside of that frozen base, one that let the Galaxy know that the 501st legion- who had fought through and secured the Galaxy the victory of the Clone Wars, eliminated the most ferocious warriors in the galaxy that betrayed the Republic succeeded once again in keeping peace and order in the Galaxy.
And we weren’t afraid to do what it takes to win.”