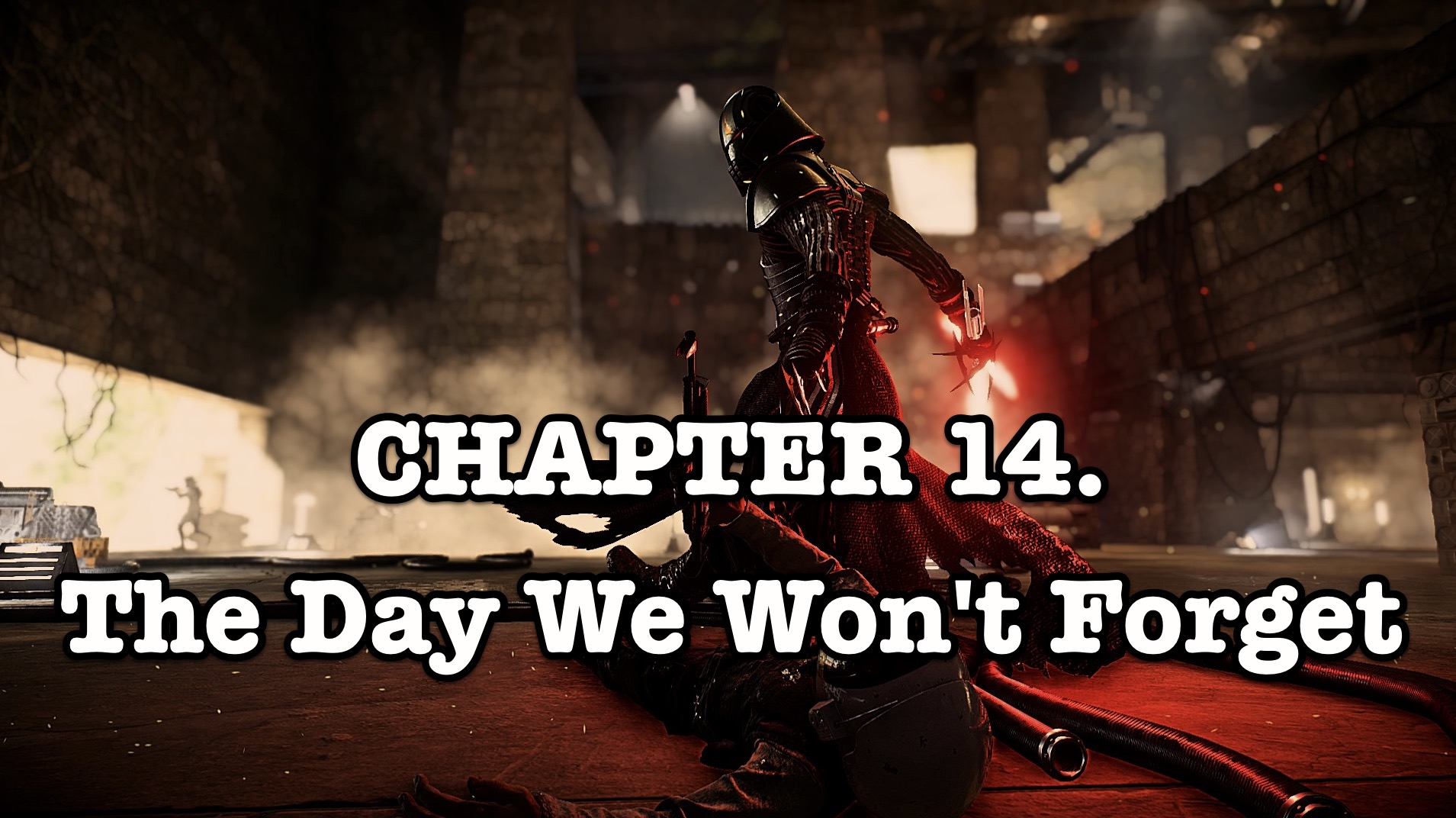 -The Day We Won’t Forget-

“He moved like a force of nature. Faster than anything I had ever seen before. I’m just glad he was on our side….

Upon Lord Vader’s trip to Scarif- some how the insurrectionist had infiltrated the planet and wiped out the Imperial forces there. Lord Vader had then pursued them in The Devastator and had captured Princess Leia to recover the plans to the Empire’s new beacon of hope- The Death Star. A weapon capable of destroying planets.

The imperial Officers made a decision I did not quite agree with, and for some reason we were forced to obey their orders rather than the orders of Lord Vader. They split up our Legion. Half of it was stationed on the Death Star’s detention block to keep the peace amongst the prisoners. The other half was dispatched to the moon Yavin 4- we were chasing a rumor about a rebel base that might be there.

When our shuttles landed the forest floor was quiet- too quiet. Our advance team made our way through the forest- and we were prepared for an ambush. We were heavily armed, and had two AT-STs in our midst with their weapons on a swivel. We eventually came across some temples- that’s when the fighting started.

A missile was launched from inside of one of the temples and hit our AT-ST causing it to stumble and fall to the ground and explode as the head collided with the stone covered ground. The men of Vader’s fist scattered- already half of our typical force- we moved quick to intercept. As we moved through the mangrove- we noticed how peaceful it was with the sun shining beams through the tree-tops to reflect off our armor as we marched. But we had targets quite literally painted on us- clad in our armor. But we were soldiers- good soldiers. And we had orders, targets or not.

We were able to push them back. As we approached their final position we realized that the rebel forces were in retreat. Why were they leaving? It didn’t matter. I used my jump pack to get to an elevated position on a branch and began to open fire with my E-11. I decided to take the advantage, and used my jumpack to launch me across the battlefield- wanting to get a closer shot on these scum.

I landed behind three of them, with the element of surprise on my side I threw down a thermal detonator and launched myself into the depths of their base. Amongst the chaos from the explosion from the explosion I made my way deeper into the Rebel base to find what I believed to be a staging room. I then saw what I recognized to be schematics to the Death Star… what had they found? As I ran outside I looked to the sky at the Death Star- only to see it explode.

My brothers who I had fought alongside for 20 years were onboard. Now they’re all gone… surviving the crucible of the clone wars, to maintain peace and law and order amongst the Galaxy… and this is how they show their appreciation.

These rebels had to pay. I turned back around to see more rebel forces than I had anticipated- they surrounded me, simultaneously firing a blaster bolt directly into my jump pack disabling it. They ordered me to raises my hands and to drop my weapon- and escorted me into their base to be used as a hostage. Before I could jump pack a way, a red flash emerged briefly from the circle escorting me. I turned to see three rebels being lifted off the ground. Was… was Lord Vader here? No. Whoever this was… was faster.

Their armor was the color of steel, and their red blade cut the rebels down like cattle. He had no mercy on them, using his blade to take off limbs and sever heads from their bodies. He moved so fast all you could see was the reflection of red glint off his armor as another rebel soldier fell, cut to pieces.

He walked over to me and ordered that I find a weapon and to make my way outside to the shuttles. What was left of the 501st was being sent to Vader’s location in the Coruscant system. I asked the man if there were any survivors. When he spoke, his voice was heavily distorted through his helmets speaking apparatus. He only replied with Vader- I asked him if there were anyone else that made it, that I had to know…
He said he didn’t care.”