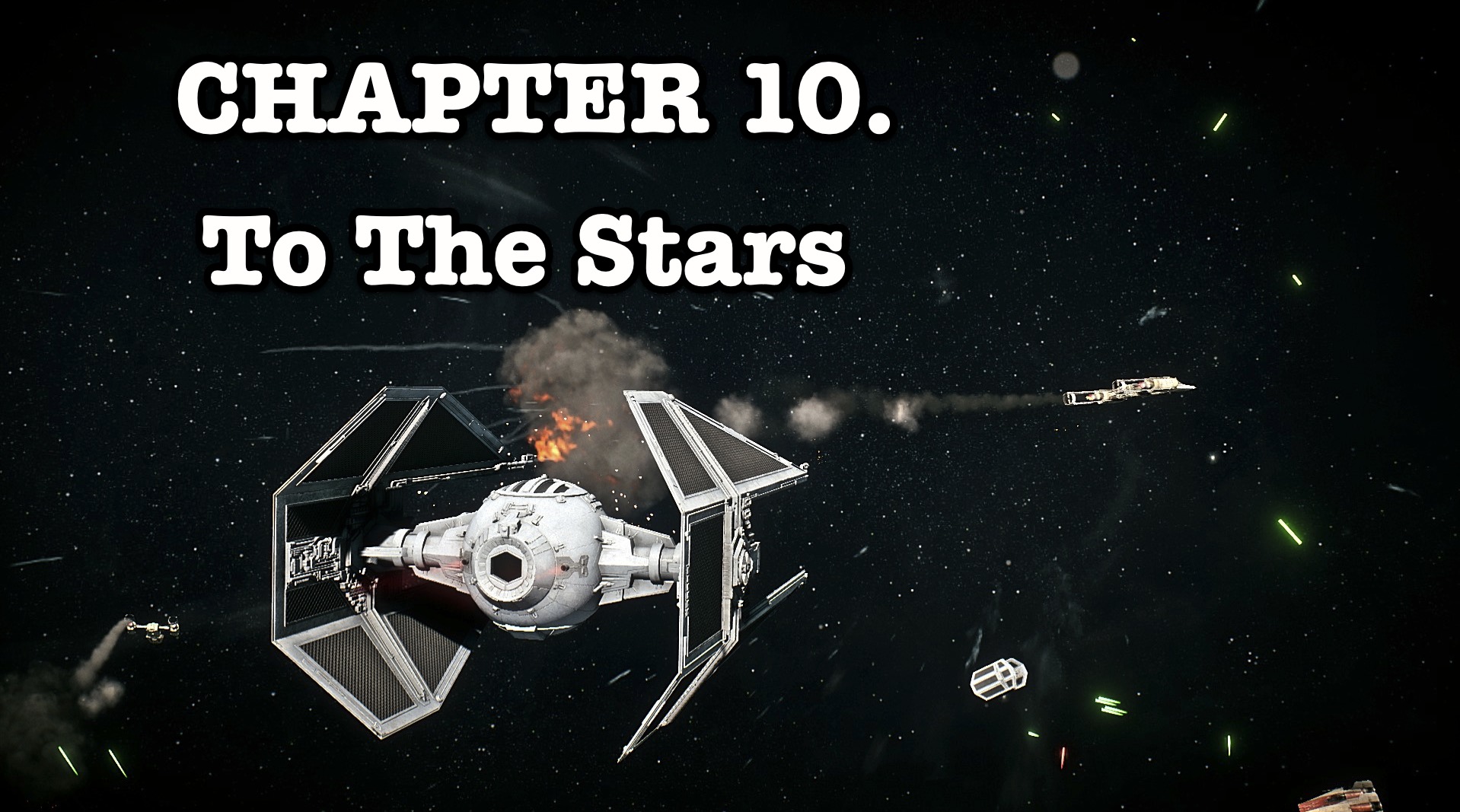 “I deposited myself into the cockpit of a TIE-Interceptor. I was told it was one of the fastest ships available, and jumped at the chance to fly. I sortied with a squadron of 4. There were no capital ships in site, meaning the rebels who were attacking us knew it was a one way trip…. did they purchase a clone from the Kaminoans? We were bred to be loyal to the Empire, not this..

I shook my head and focused on the task at hand. The invading force had been defeated, now all we had to do was mop this rabble up. Searching the space ahead of me, I spotted a Y-Wing with an escort. I ordered my squadron to eliminate the escort stating ‘I want those rebels dead!’ But the Y-wing, was mine.

I pursued the Y-Wing, pulling the trigger on my joy-stick. I watched the green flare of the laser cannons as the bolts slammed into the Y-wing, forcing it to lower its altitude towards the station. I realized the mad man was attempting to make himself a living bomb, and fly fully loaded with a payload into the Devastator. I had to act fast- I brought my Interceptor around and tried to position myself so the Y-wing was ontop of me, I then began a very fast spiral and open fired on the rebel scum- blasting him out of the sky, and his payload with him. The remaining fighters were blown out of the sky, leaving none surviving. I looked across the station to see the Station had not been heavily damaged, I wondered to myself as to what their goal was.

ISB agents later discovered that the rebels that attacked our ship were extremist, going on a one way trip to assassinate Vader. He’ll want to know about this.
Vader’s Fist was angry after this victory, we all wanted a taste of retribution- and get back at these terrorist trying to disturb the peace. We weren’t going to let them tarnish the reputation of the 501st- warriors and veterans forged in the fire of the Clone Wars. We wanted to prove we could still be depended upon.”