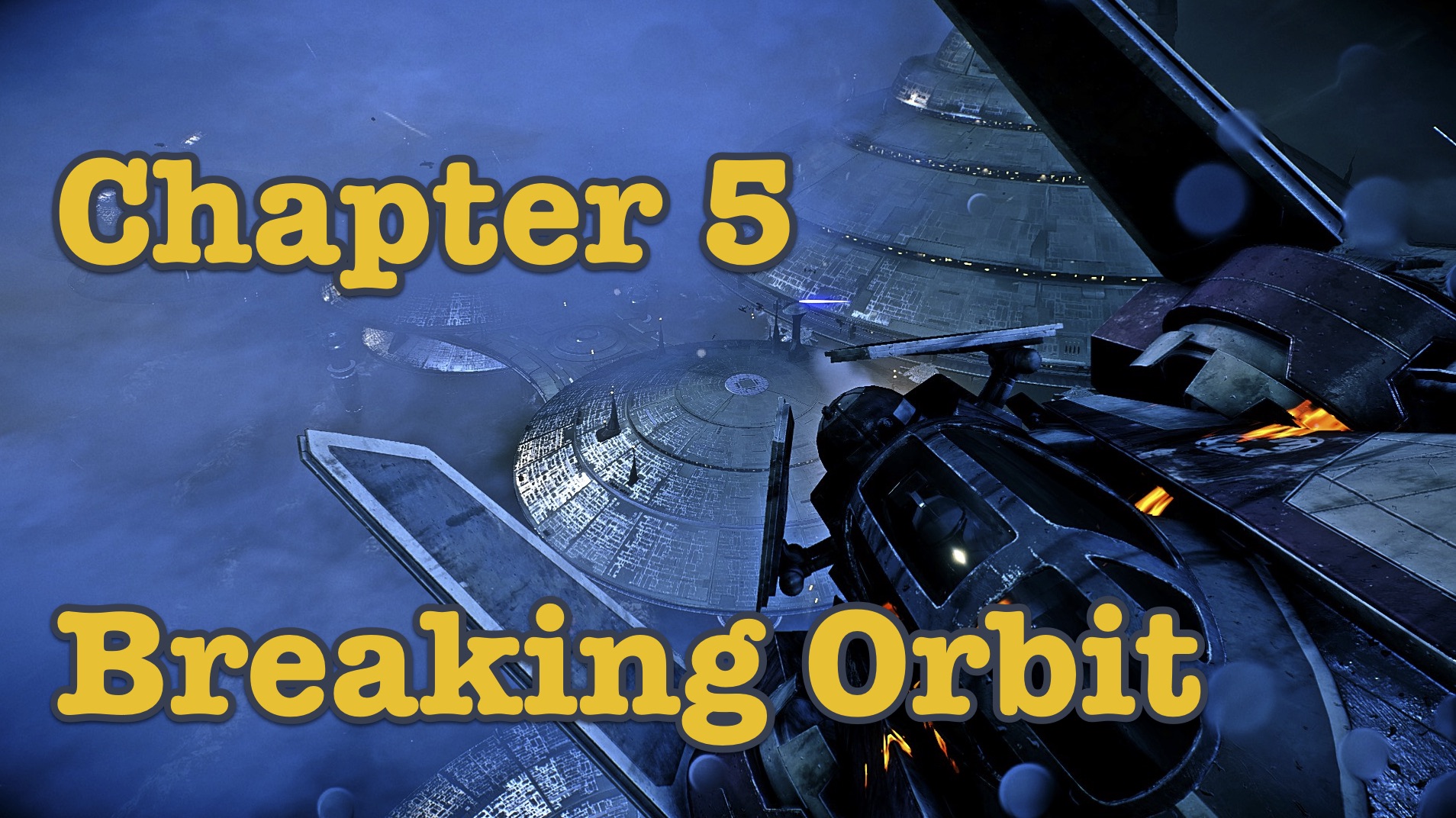 “Of course my well-deserved break onboard the capital ship didn’t last. The Jedi decided to eradicate the aerial forces around Kamino so we could take back the planet. We agreed. I had never flown before besides the simulations, so this was going to be new to me. After we landed, we were assigned aircraft by the flight deck officers, and went to join the fight. I was assigned a V-Wing complete with an astro-droid R7-Q8. Quite. He had quite the mouth on him. I was always told the V-Wing was a deadly fast interceptor. I suppose we’ll have to see how deadly.

As soon as I sortied out of the hangar, I was immediately swarmed by vulture droids and Tri-fighters. Around three from what I could see, They landed some heavy shots damaging my craft quite badly. The weather didn’t help with flying at all, as it seemed to be quite the storm that decided to strike. The Separatist must have used it to cloak themselves for their attack… as the droids were bearing down on me, I ordered the astro-droid R7-Q8 to kill my engine and raises all flaps available. My plan was to swing it around 180 degrees, and nail the robotic bastards. As we plummeted towards the erratic ocean surface of Kamino, R7 did just as I asked. I then used all my strength to keep myself from losing consciousness from the G-Force, and spun the V-wing around making me near blackout, I then open fired on the vulture droid pursuing me, blasting it out of the sky. That was a good little astro-droid. Unfortunately, our V-Wing had taken a beating- but I was alive. And I was fighting for something more than a hospital, if we lost Kamino- then no more clones could be made…. and I couldn’t abandon my legacy.

Fortunately, the separatist forces retreated after their numbers dwindled, and more republic reinforcements began to emerge from hyperspace. The battle was won. Cheering could be heard over the starship comms, and I proceeded to land the craft on the 501st flagship, and got myself ready for a nice hot dinner and some rest.”