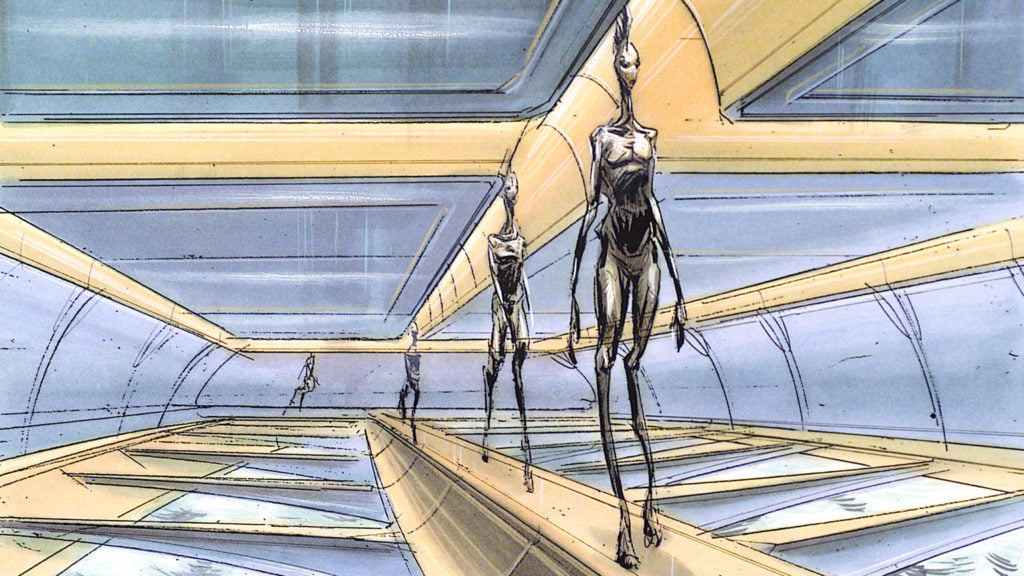 So everyone is familiar with Kamino only because they created the clones we know and love today, but what is Kamino REALLY like?

In order to discover why the Kaminoans were such skilled cloners, we have to look at their history. At some point in time, Kamino was not always a water covered planet. An event happened called “The Great Flood” which destroyed most life on the planet, except for a select few of our long necked friends. Facing extinction, they had to do very strange things to survive. In order to survive as a species, they made some rather cutthroat decisions- this included purposely starving their own people in order to thin the heard. Don’t believe me? Take it from the words of Ko Sai herself:

“Millions of us were wiped out when the seas rose and engulfed Kamino. We survived as a species because we were willing to think the unthinkable. Some genetic characteristics helped us survive the starvation and overcrowding, and some did not, and there was no room for sentiment or for weaklings. We culled; we refined; we selected.”

The actual first batch of clones ever created were Kaminoans- which they sold for slave labor. The Kaminoans however, did not care- they cared for very little you see. No emotion beyond profit. Their slaves were forced to work in terrible conditions in the slave mines in deep-space, often uncharted. The planets they were sent to as a matter of fact, often had terrible weather of Acid Fogs that would often eat away at the clone’s skin- combined with genetic defects often lead to mental disturbances and a rise in suicides not only amongst the clones, but the Kaminoans as well. Some of them believed that their genetic line was getting tarnished by selling themselves as clones.

But they didn’t just send their Kaminoan clones there- our clone troops were sent to these slave planets as well. Little known fact, the first batch of clones were almost killed and they were going to start from scratch. These first clones were called “Nulls”. The only reason they were not killed, is because the Mandalorian Kal Skirata adopted them and took them in.

But back to the dark stuff. I’m sure all of you are familiar with the clone “99”. Now, I love the guy to death but I’m not sure why he was kept on Kamino- unless it was like by popular demand. But any clone that didn’t fit the mold the Kaminoans were going for- or if they had ANY genetic defects one of two things would happen. Either the clone would be recycled for parts to be used in hospital stations, or sent to the slave mines.

As a matter of fact, Kaminoan hospitals were a terrifying place and were infamous among the clones- known if you got sent there with serious injuries, you may not make it back. And clones who died in their care were not given a proper burial, oh no. Their limbs were recycled for parts for other clones that had a higher chance of survival. The Kaminoans viewed the clones as droids basically, but they were proud of these organic droids. Could you imagine that? Going to the hospital with your squad mate, only to wake up and have his arm replacing yours. Brutal. The Kaminoans were also very unstable themselves, and conducted tons of horrible experiments including experimentation on children (Ko Sai, for example. That lady was a bitch.) And some were hunted down by the Nulls and Kal Skirata.

Of course, when the empire stormed Kamino- the ones who fought back were executed, and those who didn’t flee were enslaved by the empire to make clones. These clones include:

A Kaminoan built for hyperspace travel into uncharted space (Where the Yuzhang Vong came from) that lived to be 2,000 years old.

Also, most Kaminoans lived on average till about 40. They reached full adulthood at 12- but some did live to the age of 80+. To determine their sex- you could see it by the crest on their heads. The ones who had crests were male, while the ones who didn’t were female.

The pictures attached are a Kaminoan clone that escaped the empire on what I would assume to be Coruscant?
The other one is one of the final drawing/designs of the Kaminoans. The last one, are the Kaminoans when they were first building their civilization after the great flood.