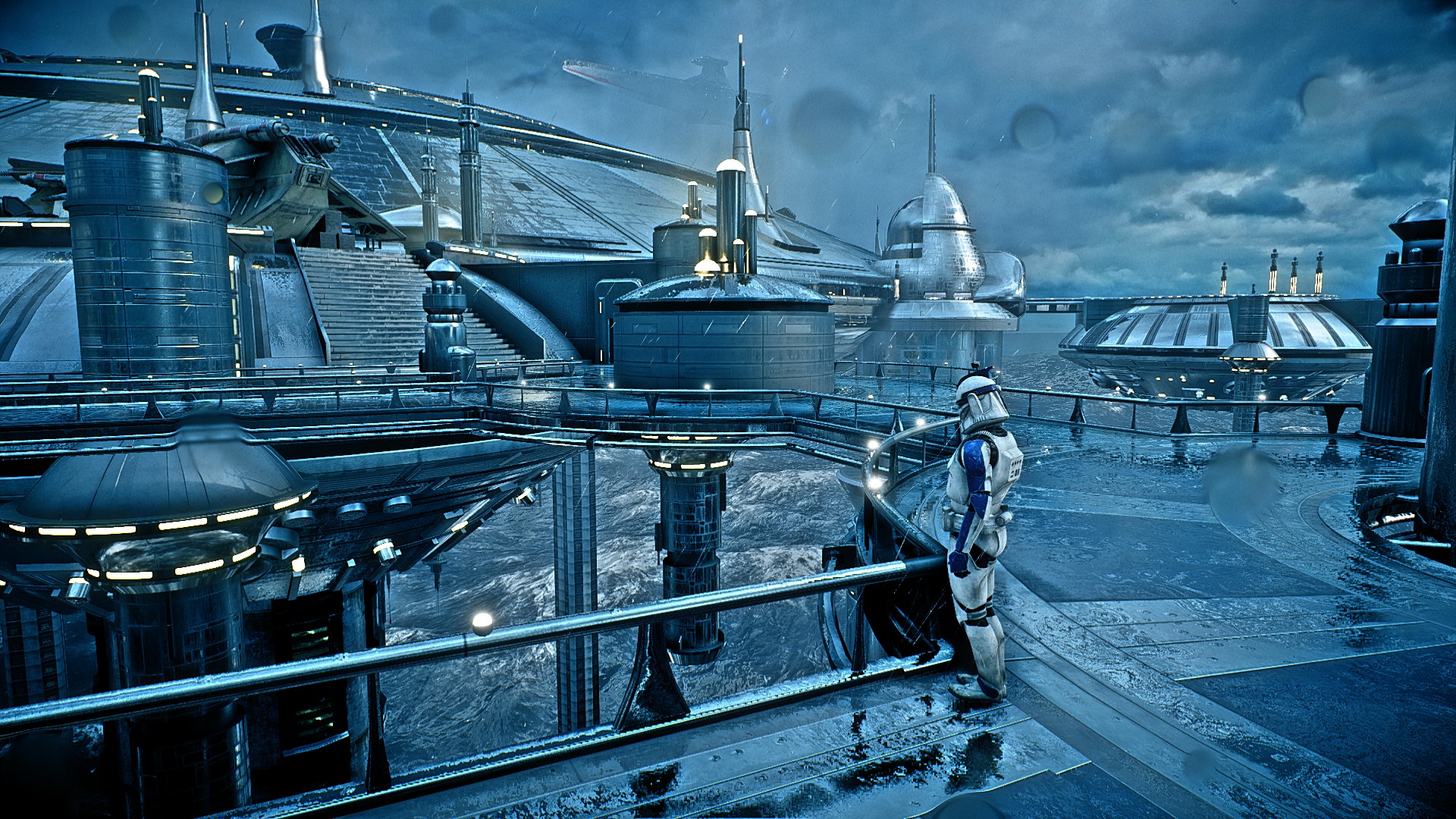 “When I finally came to, I awoke in a wool cot, next to my brothers from a variety of other legions. My head was pounding, I looked down at my body to see a variety of scars and bandages. My vision still blurred, I looked to my left to see a Kaminoan doctor. Great… survive 3 battles to only be sent to one of these hospitals… or am I home? The doctor came over to me and said after a few minutes I should be able to continue my duties as normal but to be careful and to not push my limits as I underwent quite the amount of trauma.

I looked up at the doctor, and asked her what happened to the 5 men that were with me. She said I was the only one that made it out alive,.. the other bodies were recovered. She then told me that they did not die in vain, as reinforcements arrived shortly after the dropship had launched an attack. She then stated my brothers gave me a second chance and gestured to my right arm, to which I could see stitch marks close to my shoulder. I had apparently lost an arm in the explosion, but they were able to give me a replacement from…. I don’t want to think about that now.

I hoisted myself out of my bed, limping over to the quartermaster to get some fresh gear. After this, I decided to go take a walk outside to clear my head. As the rain beat down on my helmet and armor, I wondered why the man I was cloned after decided to stay on this planet. I really hate the rain. After collecting my thoughts, I turned to head back into the facility. Only to hear an explosion as Separatist water-crafts launched from the depths and attached themselves to the city. They really do want me dead don’t they…

I ran straight for where I heard the explosion, my brothers who seemed to be a fresh batch were already combating the invaders and getting slaughtered. Blaster bolts filled the hallway in a symphony of red and blue, sparks flying off the walls, droids, and our armor as we were up to our necks in droids.

As we fell back from our position, I started running towards the armory. I had to get something heavier if we were going to put up a fight.

When I made it to the terminal and began typing in my key-code, a squad of droids surrounded me and began opening fire resulting in one blast hitting my back. Oh no… I wasn’t do this again. I hurled myself into the armory, grabbing my gear including a backpack with thermal detonators and a T-21B heavy blaster. I dared them to come after me, as they each came into my sights I exhaled, and pulled the trigger- gunning down the droids. I then ran outside to secure the hangar area so at-least some personnel could escape but as I looked at the oceanic landscape, I saw fires across the Kaminoan cities… is this how my legacy dies? No… I won’t allow it.

I ran back to the hangar, seeing more droids hone in on our position. I ran to the entrance and activated my personal shield- I was going to hold that door at all costs. We then got orders from our creators- hold our position until the evacuation is complete. Then, they were going to sink the city along with the droids. We did just that. The wounded clones we could move were loaded onto LAATs, while the rest of us were holding that door. After several minutes of exchanging fire with those unfeeling droids, we got the all clear to get out of there. We loaded into our dropship, and made way towards our command ship waiting in orbit. As we left, I looked behind me to see the hospital I was at explode towards the bottom and fall towards the watery abyss…. good riddance. That place was more of a slaughterhouse than a hospital…..”

One thought on “STORY OF A SOLDIER. CHAPTER 4”