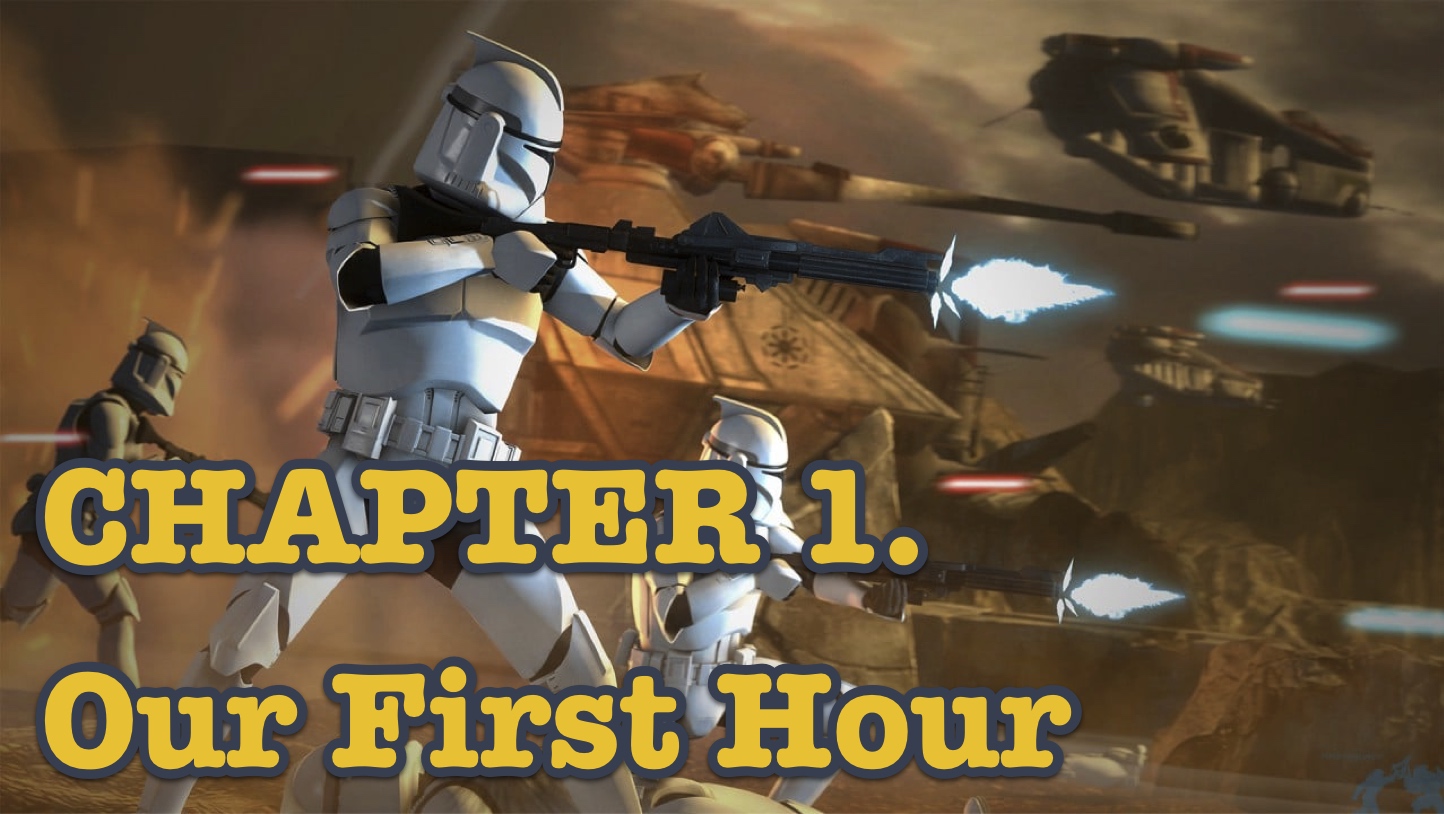 My name is CT-7732 Designated name by my brothers Dex, I’m a warrior in the 501st Legion and this is my story.

When I was deployed for my first taste of real combat, it was more brutal than anything I could ever imagine. When the LAAT gunships landed, we were met with instant retaliation by the Geonosian and separatist forces. The simulations we were put in from near birth trained us for droids but not… not geonosian sonic weapons. As soon as the LAAT doors opened and I jumped out, my brothers did alongside not hesitating. The bugs didn’t either, some type of geonosian sniper rifle was firing on our position. My brother next to me, that I had known by the name of Crosshair’s head had exploded, parts from his helmet clattering against my armor splattered in crimson. The sniper was obviously a good shot. My captain, a man I had come to know as Rex ordered us to fan out and seek cover, as we waited to meet with the Jedi forces. Our targets were the core ships that the separatist were trying to get off-planet. We had to secure a staging ground for our cannons to be in range. We spent that first hour holding that position, with hundreds of my brothers falling as the droid army advanced.

After an hour of being battered by enemy artillery, snipers, and heavy blaster fire we finally got our reinforcements. A LAAT gunship landed, but there weren’t clones in them- as I looked to the sky to see several lightsabers ignite I knew- this is where the fun begins.”